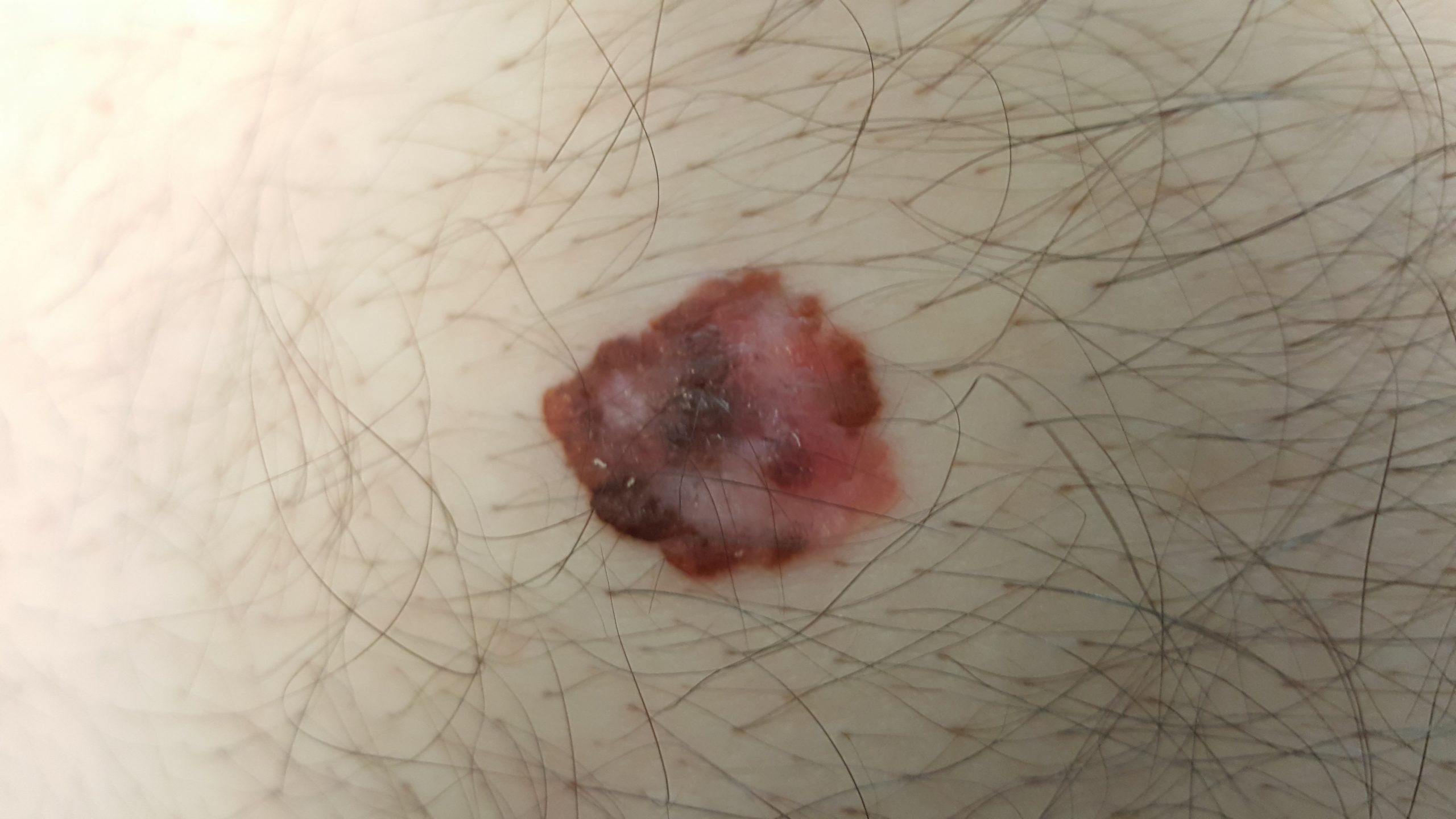 This gentleman was seen for a routine appointment for a general skin check. He had had a large naevus (mole) on his abdomen which had been checked for years at his routine skin checks. On his most recent check, the mole looked different to usual and displayed some atypical features both clinically and particularly on dermatoscopy, such as multiple different colours throughout, atypicaly broad pigment network, scar-like depigmentation, irregular border. Due to a high level of clinical suspicion for melanoma, an excision biopsy was performed and the specimen was sent to the pathologists for a formal diagnosis. Under the microscope, the pathology result confirmed a Level 3 melanoma, arising from a pre-existing naevus with a Breslow thickness of .75 mm. Based on clinical guidelines, it was subsequently surgically removed with a 1 cm margin around the outside and defect was repaired with a deep layer and a superficial layer of sutures. There were about 9 deep and 9 outside sutures. All healed well and he will be even more closely monitored in the future.

A couple of key points in this case:

Most melanomas arise in normal skin as a new lesion, less commonly an existing mole can transform into a melanoma like this one.

The key feature guiding the treatment is the Breslow thickness which roughly translates to how deep the melanoma invades into the skin. Melanomas with a Breslow thickness of less than 1mm have a good prognosis and less than a 5% chance of recurring or spreading. With early detection, the majority of melanomas can be cured with surgery.

The key to a good outcome is related to early detection. In this case the doctor detected the change early but more commonly a patient will notice a new lesion or a changing lesion. As such I recommend checking your own skin once every 3 months and with a doctor 1-2 yearly depending on your risk.